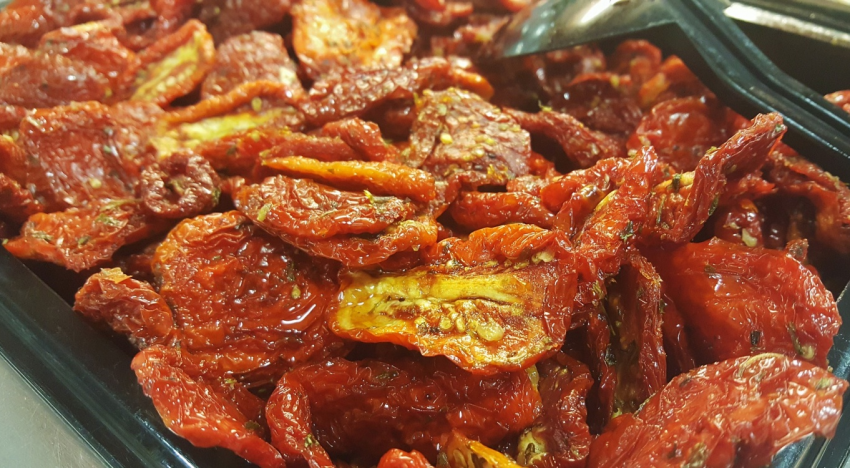 Did you know that tomatoes aren’t actually a vegetable? Tomatoes are a fruit. But regardless of what it is, you probably know how essential an ingredient it is if you are running your own restaurant, specialising in ready meals, have a sandwich shop, and so on. If you use tomatoes in your business and require a significant supply every week, you should get your supplies from a good source, especially when it comes to sun-dried tomatoes. Sun-dried tomatoes are a popular ingredient in many dishes, and if you require a lot of them, then it pays to know the essentials about them so that you can choose your supplies wisely. Here are the basics of sun-dried tomatoes and how best to use them in your restaurant or food business.

The process of making sun-dried tomatoes

Sun-dried tomatoes are processed in much the same way that other fruits are dried. Ripened tomatoes are simply laid out in the sun so that they can dry for several days, and this process allows them to lose about 93% of their actual weight. The traditional way of drying tomatoes has always been under the sun, but nowadays you can also achieve the same result by drying them out in the oven or a dehydrator.

Choosing your sun-dried tomatoes: packed in oil or dry packed?

Sun-dried tomatoes are arguably a lot tastier than fresh tomatoes, and they have a distinctive sweet yet tart flavour. When preparing them for meals, a little portion makes a big difference. If you don’t want sun-dried tomatoes to be too dry, especially those which are packed, you should hydrate them first (especially if they will not be used with any liquid).

Sun-dried tomatoes packed in oil are often preferred, as the oil can also be used as a base for other dishes and salad dressings.